Great rock music can be hard to come by. Ever since the contemporary music evolved into a more electronically focused sound, classic rock has been falling in popularity. However, likely due to his long history of playing, listening to and writing rock music, Rhett May has done an incredible job of reviving the classic psychedelic rock sound from the past.

The album plays cohesively but, at the same time, many of the songs stand alone as incredible works as well. May successfully incorporates tones of jazz, pop and funk into many of the songs as well as inklings of eastern culture. This includes various sitar lines and eastern drum instrumentation. The most distinctly multi-cultural song in the album is called “Elixir of the Gods” and it is well worth your time to take a listen. Another highlight off the album is a tune called “Back Seat of My Chevy.” This song is mid-tempo with a chugging acoustic guitar sound. May’s vocals are perfectly tailored to each song individually and it is clear that the construction of every tune and the album as a whole was carefully planned. 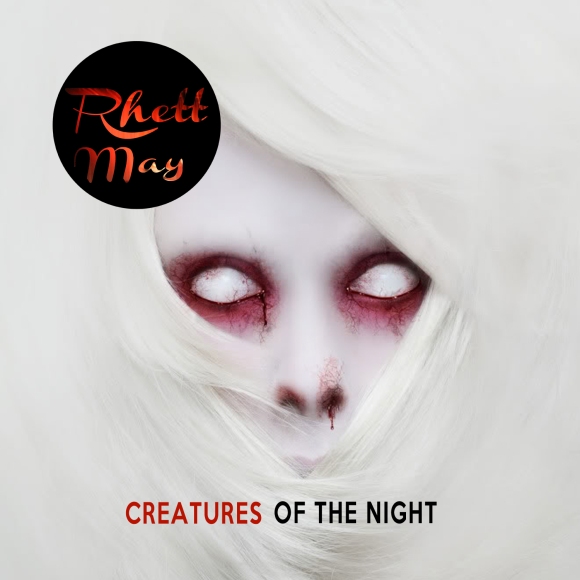 When the fog is thick…and the wind is cold

When the air is damp…makes them bold”

Wright goes on to talk about the individual songs in the album. He speaks highly of “Somebody’s Watching You,” “Latex Lady” and “Elixir of the Gods.” The latter has consistently been reviewed as a crowd favorite and does a fantastic job of incorporating the sitar and other exotic eastern instrumentation while still remaining accessible to listeners of all backgrounds. However, it is a refreshing and more unusual addition to the album. 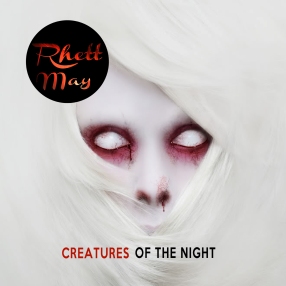 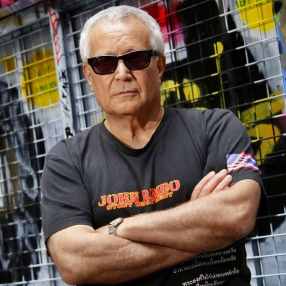 Musician Rhett May in Rutledge Lane on Friday, October 16, 2015, in Melbourne, Victoria, Australia. May has penned a song about the ice epidemic in a bid to help stop the spiral of drug abuse across Australia. Picture: Hamish Blair

“Some musical stories are more interesting than others. The story of an Englishman born in Calcutta, enlivened by the sounds of classic sixties music, transplanted to Australia by the dawn of the seventies, and then shut out of the musical ambitions he held so dear for thirty plus years before triumphantly reconnecting with that first love is the sort of tale one often finds in the movies,” said Joshua Stryde (of indiemusicreviews.net) when describing Rhett May and his incredible journey with music.

Rhett May’s newest album “Creatures of the Night” is truly one of the most exceptional albums to hit the music scene in recent years. Although undeniably a rock album, the music incorporates elements of pop, jazz, funk and psychedelic. It was absolutely May’s diverse and international life that lead him to create such a versatile and impressive album. He showcases his mastery of the guitar as well as the sitar, an instrument rarely used in rock music. In addition to creating such a phenomenal album, Rhett went the extra mile and shot a creative and gripping video to go with the title song. You can watch the video on his YouTube channel. 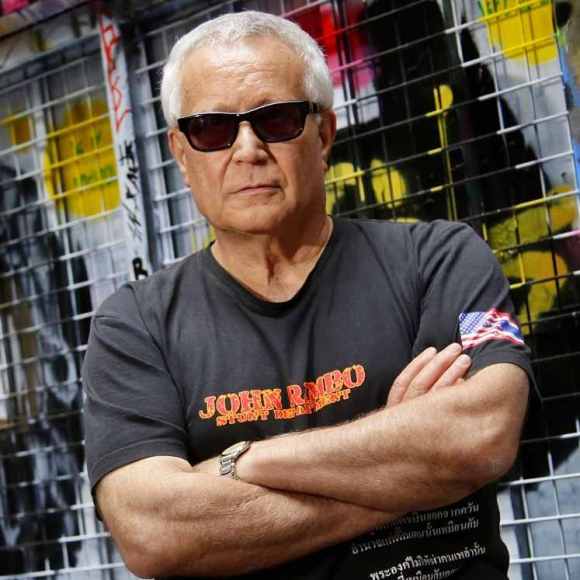 Musician Rhett May in Rutledge Lane on Friday, October 16, 2015, in Melbourne, Victoria, Australia. May has penned a song about the ice epidemic in a bid to help stop the spiral of drug abuse across Australia. Picture: Hamish Blair 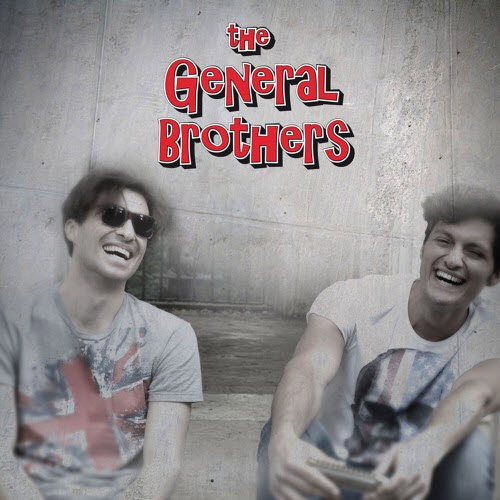 Keep an eye out for up and coming pop rock band The General Brothers as they make their way through qualifying rounds for The X Factory (Italy) to participate on the show. From Naples, Italy, the five piece band recently released a video for their song “Feel the Magic” on their YouTube page here: http://bit.ly/GeneralBrothers-YT.

The band recently released their self-titled debut available for free streaming on Soundcloud here: http://bit.ly/GB-Soundcloud. The album features seven tracks of original music written by the band’s lead singer Angelo Esposito. Before adding the rest of the band’s lineup, Esposito started the band as an acoustic duo with his brother Andrea until they later decided to go for a more developed sound. They are influenced by a variety of genres from folk and rhythm and blues all the way to electronic and funk.

Tune in this following Monday, February 3rd at 8/7 CEN on Bravo for an all new episode of Real Housewives of Beverly Hills which will feature rising pop singer Keith Chagall.  The episode will feature Keith singing his songs “Fugget About It,” “She’s Incredible,” and “Only Yesterday” at Mauricio and Ken’s birthday party.  The trailer for the episode is currently being aired on Bravo and features Keith in it!

For those who don’t know of Keith Chagall, his hit single “Sail On Betsy Ross” has recently rose on the charts from #173 to #7 which is the third time the song has reached the top ten on the FMQB Charts.  His video for “Sail On Betsy Ross” (a tribute to JFK & strong women leaders worldwide) can be seen here.

For more information on Keith Chagall, check him out on Facebook, YouTube, at www.KeithChagall.com and on iTunes. Don’t forget to mark your calendars for February 3rd at 8/7c! 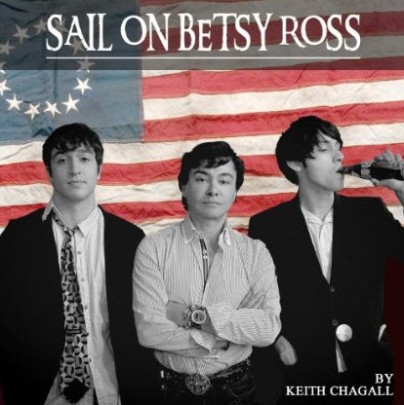 If you find yourself singing the chorus to Keith Chagall’s Music Video, “Sail on Betsy Ross,”  it’s possible it’s because on Adult Contemporary radio, it was the number 1 most added song 4 weeks in a row tied with Katy Perry and Lady Gaga, and it has been in the Top 20 on FMQB radio for over  3 months.   It’s all over the internet on YouTube, Vimeo, AllMusic, ArtistDirect, DailyMotion and more, so it’s pretty hard to miss!  Huffington post headline reads:  “The Beatles, Eric Clapton, The Who, Frank Sinatra, CCR and Humble Pie, Plus Keith Chagall’s Kennedy Tribute” – now that’s some company to be in!

The video is also taking over the TV airwaves – playing to over 5 million households in NY on Video Hits in Rochester, Syracuse & Buffalo; in Manhattan and the boroughs on H20 TV and in Long Island, Queens and the Bronx on Homegrown as well.  In 100,000 households in Missouri and for those at U of MO, tune your TV to Videologg. In Wisconsin tune it in Fox Traxx airing in 25,000 households; in Arizona available in 1.5 million households on Music & Mayhem and Underground Video throughout the State.

Plus, walk into anyone of 25,000 locations including Macy’s, Ikea, Rentway, Albertsons, American Eagle Outfitters, Ashley Furniture, Bally’s Fitness, Buffalo Wild Wings, Burger King, Carl’s Jr., Hard Rock Cafe, Harrah’s Casino, Hooters, Hot Topic, Hyatt Hotels, JC Penney, McDonalds, Nordstrom, Pep Boys, Rooms To Go, Sears, Steve Madden or Walgreens and if you hear that catchy phrase… “Sail on Betsy Ross, it was a cold November when  we paid the cost…” look up to the video screen to see and hear the words of JFK and the plethora of historic images that have made this country what it is, in this moving tribute to the great leaders; many of them women, of America.

Last week Keith Chagall’s “Sail on Betsy Ross” was in the 3rd week of being the number 1 most added on the FMQB A/C chart on radio – tied with Lady Gaga, Katy Perry.   This week Lady Gaga & Katy Perry are no longer on the chart and his single is the #1 most added again! 4 weeks running! This time tied with Kelly Clarkson, Plain White T’s, Gavin DeGraw & Daughtry – quite an accomplishment for an indie artist!

Keith Chagall’s music video “Sail on Betsy Ross” is a tribute to the late great John F Kennedy. With a ‘60s pop sound, Keith’s video incorporates footage of JFK during his short time as President. The video showcases what people loved best about JFK, his ability to bring a nation together and the normalcy of this legendary president.

Keith’s new album speaks to the resiliency and heart of America. He writes music that will bring you back to the 60’s but keeps it fresh with meaningful lyrics about people in society today. “Sail on Betsy Ross”, available on Vimeo now is a hopeful song that reflects on a great President who showed us what great things as a nation could be accomplished when we work together.

You can buy the single on iTunes. You can also connect with Keith on Facebook and his website.